Under what conditions do insurgents give up arms and return to the same political processes that they had once sought to overthrow? A lot has been written on why men and women rebel. But we know very little about how rebels quit. Rebels quit through informal exit networks that thrive in the underbelly of grassroots associations of civic participation. They are made up of ordinary people in conflict zones who live their everyday lives one foot in democracy and one foot in insurgency.

The empirical puzzle for this study is drawn from the ongoing Maoist insurgency in India that has claimed 6760 lives in the last ten years and has been acknowledged as the biggest internal security threat that the country has ever faced. Despite comparable conflict intensity (measured in terms of incidents and casualties) and unified command structure of the rebel organization, retirement is exceptionally high in the south and very low in the north. Further, both in the north and in the south, rebel retirement is concentrated in some districts and not others. 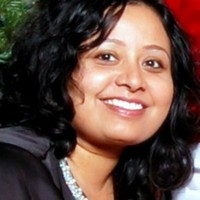 Rumela Sen is the postdoctoral research fellow in the department of political science at Columbia University.  She studied Comparative Politics in the Department of Government at Cornell University. Her current research focuses on rebel retirement and reintegration with empirical evidence drawn primarily from South Asia.